As it’s the day of the student protests over tuition fees in London (9th Nov 2011), I thought I’d write a bit of an overview of the whole student tuition fees and student loans situation for those students starting at university in 2012 (and 2013, it’s the same). Firstly though, it’s important to say that I am not a financial expert and these are just my own views.  Secondly, this article mainly covers the situation in England. Scotland, Wales and Northern Ireland have some different rules. 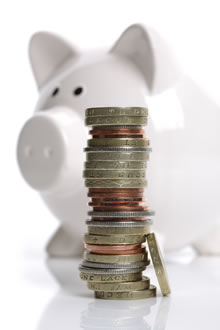 Let’s get the obvious out of the way first; the government is cutting costs and one of their cost cutting measures is the amount of money they are giving universities to run their courses. They are cutting the money they put into our education and, as such, are arguably risking the futures of the young people of this country. Put simply, the government’s funding of universities is basically frozen, but to allow universities to fund themselves they have allowed them to raise their tuition fees. Under the current, old system, universities could charge a maximum of £3,375 a year. The new system allows them to charge up to £6,000 a year, with some allowed to charge up to £9,000 a year providing they make more money available for bursaries for poorer students.

These new tuition fees look very high; you could be paying up to £27,000 a year just in tuition fees! However, let’s get another thing straight, you don’t have to pay these fees upfront. You don’t have to find £27,000 from somewhere and give it to the university you are going to. You will choose a university to apply for as usual, and then when you are accepted by that university and start there in September 2012 or 2013, a special Student Loan Company will pay your tuition fees each year upfront for you. They loan you the money basically and you only start paying it back when you start earning more than £21,000 after you graduate. From the 1st September 2012 onwards the maximum tuition fee loans are: 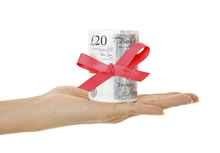 That’s OK, but how will you live, you can’t live off of the tuition fees as you never see this money, it goes straight to the university. To cover your living costs, students can also apply for an extra maintenance loan from the Student Loans Company which will be paid into your bank account for you to use to cover your living costs. Everyone can apply for up to 65% of the maximum living costs loan (this amount changes according to where you live and study), the remaining 35% is allocated based on your parent’s income. From the 1st September 2012 the maximum annual maintenance loan is:

If your family’s household income is under £42,600 you can also apply for a student maintenance grant. This is basically money that the government will give poorer students to cover their living costs whilst they are studying. Full-time students with a household income of less than £25,000 can get a grant of £3,250 which never needs repaying. However, if you get this grant, you can’t get the maximum student maintenance loan, they reduce the maximum amount you can borrow by a little less than your grant.

Households on £25,000 to £42,600 can apply for a smaller grant based on their household residual income:

There is also a Special Support Grant available, you can learn more here..

Paying back your student loans

So basically you are going to be borrowing the money to cover your years of study as a university student from the Student Loans Company (the government basically). They are going to loan you the money for your tuition fees and pay this straight to the university, you are then going to apply for a second loan from the same Student Loans Company to cover your living costs like food, rent and booze (you might also offset this maintenance loan by applying for a maintenance grant which you won’t need to pay back). The whole amount that you borrow  is lumped together into your student debt, but you only have to start paying this back once you have graduated and are earning over £21,000 per year.

You are also charged some interest on your loan, so your debt does technically increase. The interest is charged from the time you get your first payment, when you start university basically:

The independent taskforce on student financial information have made the calculator below so you can work how much in total you could be paying back:

What does this boil down to?

Basically, under the new system you won’t start paying back any of your student loan until you earn £21,000 or more. For every pound you earn over £21,000 you will be pay back 9% or 9p. This carries on for thirty years, and then the loan is wiped off, it’s cleared, so if you never earn more than £21,000 you won’t pay back one penny. However, if you earn over £21,000 a year for those thirty years then you will be paying back 9% of your salary over £21,000, probably for the full thirty years or at least until your debt clears.

You need to think of this new system as a tax, if you go to university, you will be paying an extra tax straight from your pay once you graduate and earn over £21,000.

Going to university is going to be more expensive, that’s a fact. You’re going to be borrowing more money and it’s going to take you longer to repay it. On the flip side, when you do start paying your massive debt back you are probably going to be paying less per month than the current system.

Is it worth it? I don’t know, but probably it is. Graduates tend to earn more than non-graduates and, let’s face it, university is a good laugh and a truly life changing experience for most people. All I can suggest is that you read as much as you can about the financial situation and sit down and decide if it’s for you. I don’t see these fees changing any time soon even with all the protests in the past, today and in the future. Students protested in the 90’s and tuition fees still came in and have risen ever since.

Note: Whilst not totally pro the new tuition fees, these video guides do lean to the favourable side of the argument:

Here is a suggested list of further reading to give you an overview of the new tuition fees and student loans:

The 20 key facts on fees, loans & grants everyone should know – Money Saving Expert

Directgov – Paying back your student loan: courses starting after 1 September 2012