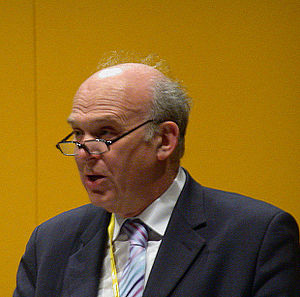 We all said, will going to university in England soon be the most expensive option? Well, the answer to that question took a step closer to becoming a yes yesterday. Vince Cable, a man that said he would oppose any rise in student tuition fees, a man that is part of our ruling political party, that said it would also oppose any rise and, in fact, wanted to scrap fees altogether, has said YES to the proposed fee rises by endorsing the Browne plan.

I feel very sorry for any young people starting university around 2012 because they are predicted to have an average debt of £30,000! If they are thinking of studying medicine then you can double or triple that figure.

(Read all about the Browne review on the BBC here, there is an excellent overview)

This is what will happen if these plans go ahead:

Rant over, sorry. This makes me very angry and will push England out of the new world economy, make no mistake. I don’t think it should be free, I don’t think everyone should go to university, but £7,000 a year plus living costs is too much to expect young people in education to pay. We are suffering an economic catastrophe brought on by our debt culture and we are instilling a culture of debt in our young people as soon as they leave school. Borrow thousands of pounds, it will be fine, it won’t, take a look around.

If you’d like to do something about this, the NUS and NCU demonstration on Wednesday 10th November 2010 is a great place to start!